Starstruck Entertainment, founded in 1988 and owned and operated by Narvel Blackstock, develops and manages artists including Blake Shelton, Carly Pearce, Maggie Rose, Emily Ann Roberts, as well as a roster of producers and recording engineers. Starstruck Studios was launched with two music recording studios, The Gallery — famed for its unique balcony recording area — and The Pond, which have hosted productions by a who’s who of top international artists over the past 25 years. 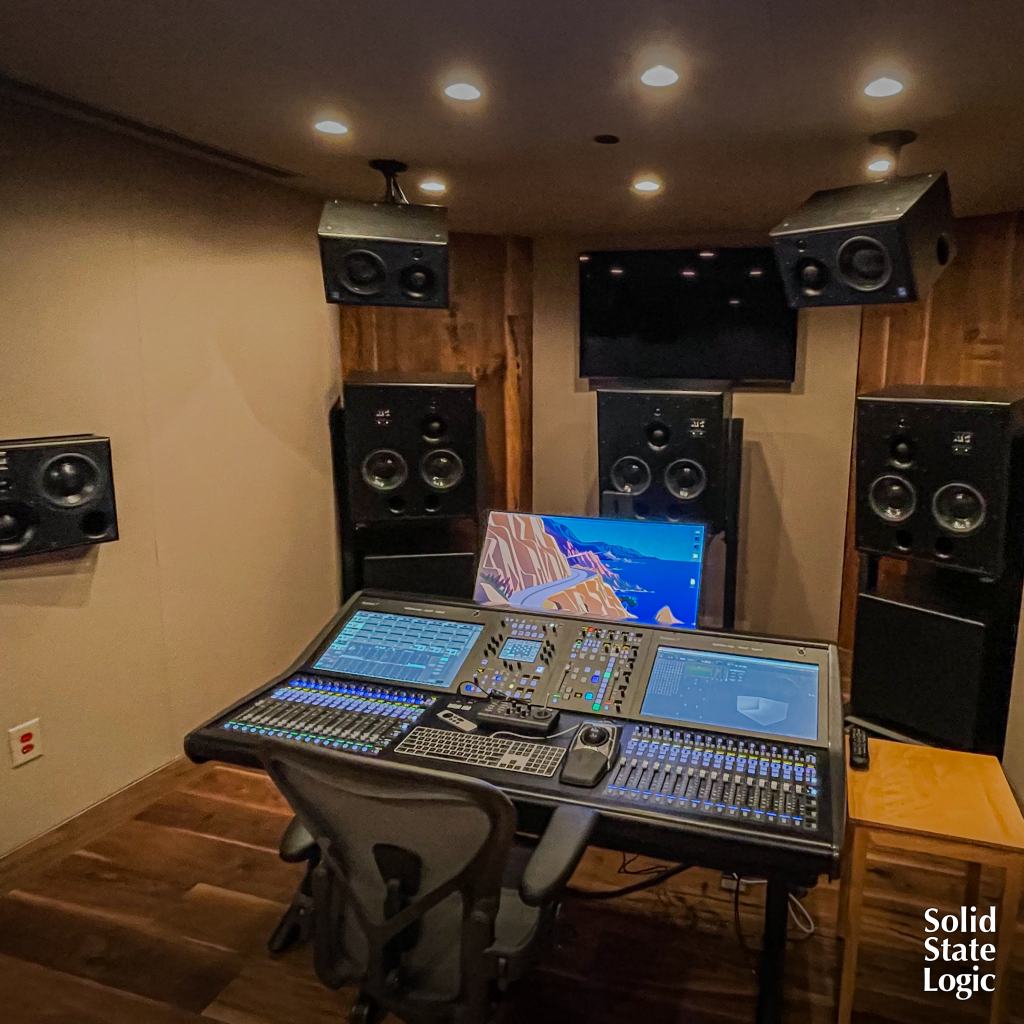 Harnessing the unbridled potential of System T
​The facility’s quarter-century relationship with SSL meant that the choice of mixing console for the new room was arrived at very quickly, according to Starstruck’s studio manager, Torey Harding. “Narvel said it would be nice to keep it all SSL in-house,” he says. “Plus, Shawn Daugherty, Starstruck’s technical engineer, knew what that System T was capable of and realized its potential.”

The first client to work in the new mix room when it was opened in April was Derek Bason, who is mixing tracks from Carrie Underwood’s catalog into Dolby Atmos for release to the immersive audio streaming platforms. Bason is the longtime recording engineer and mixer for producer and songwriter Mark Bright, who produced Underwood’s first five albums at Starstruck Studios beginning soon after she crowned the American Idol 2005 winner. Underwood’s first full-length release, Some Hearts, won three Grammy Awards and went on to become the best-selling solo female debut album in country music history.

Meeting the most stringent technical demands
​Noted Nashville-based acoustician Michael Cronin of Michael Cronin Acoustic Construction designed and built Starstruck’s new Dolby Atmos mix room, which was previously a lounge and listening room. Cronin also expanded the room’s floor area to better meet the Dolby Atmos guidelines, moving the rear wall into an adjacent former technical area. Currently, the remaining area of that tech shop is being used for the preparation of projects scheduled for mixing in the Atmos room, such as stemming out older catalog material from the original multitrack recordings.

Daugherty oversaw the technical installation and integration in the new immersive mix room, which also features a 7.1.4 loudspeaker system from ATC. “The System T is Dante-based, and we’re using SSL’s conversion, which is also Dante. We also have an Avid MTRX to handle Pro Tools, so everything is Dante,” says Daugherty.

He was also key in the decision-making process, along with Starstruck’s chief engineer, Todd Tidwell. Daugherty and Tidwell visited SSL retail partner Westlake Pro Nashville for a demonstration of the System T console and consulted with Mills Logan, a locally based mixer with extensive experience working in Dolby Atmos at his own facility and around town. 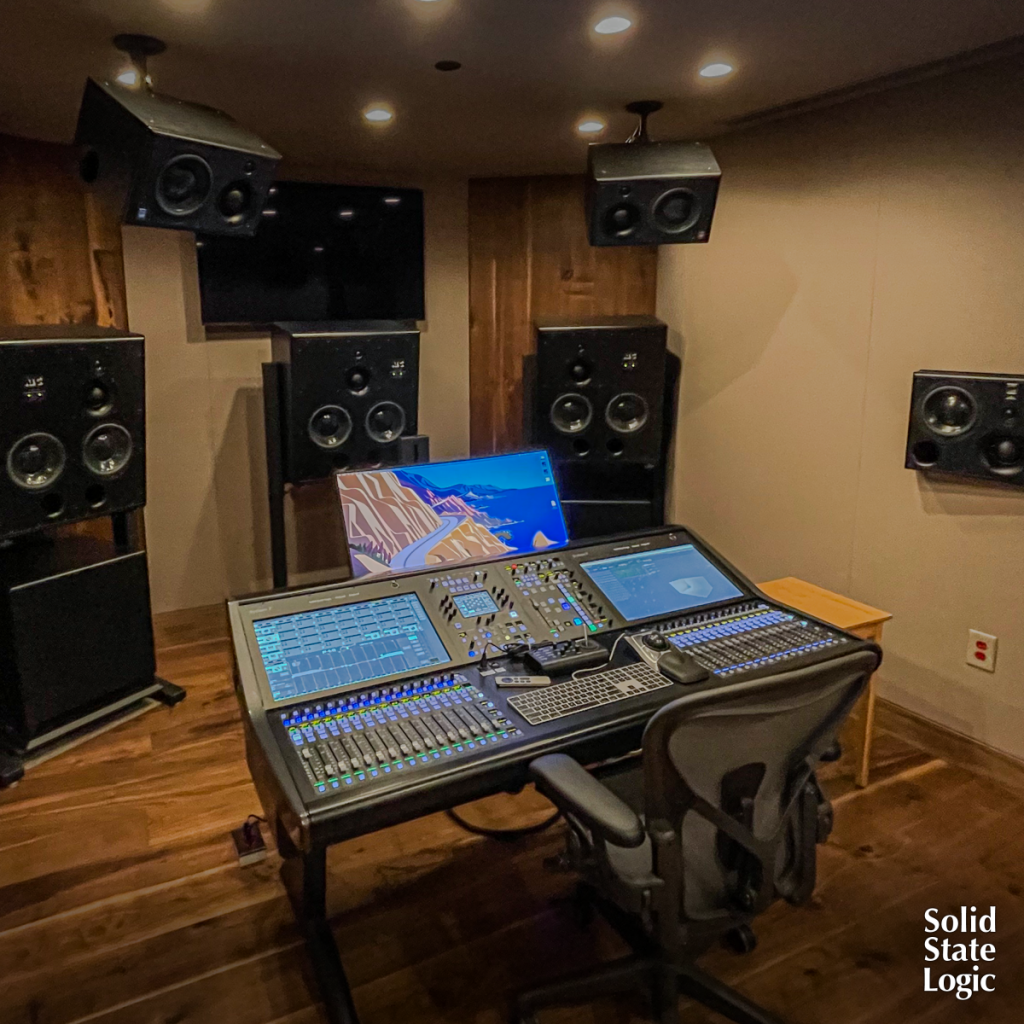 SSL System T S500 — a clear winner
​“After seeing and — most importantly — hearing SSL’s demo console in an immersive environment, we were once again reminded why SSL continues to be at the forefront of any market they’re involved in,” Tidwell says. “The tight integration with DAWs, the familiar onboard SSL processing and the power and flexibility to tackle recording and mixing duties across multiple formats put the S500 ahead of the competition. SSL has a clear winner here already and the updates that are coming will continue to innovate this console for immersive music for many years to come.”

Tidwell continues, “System T is my first foray into a digital console, but the SSL conversion emulates the SuperAnalogue sound from the J series. I think it sounds really good.”

He adds, “Derek Bason has been a client of ours forever and ever and mixed those Carrie Underwood records originally on the 9000J. He’s one of the last holdouts for mixing completely on a large-format analog desk of any of our clients. But he said to me, ‘I can’t believe how good it sounds in there.’ Obviously the ATCs are great speakers and it’s a Michael Cronin room, but Derek said he’s been blown away by how great it sounds in the room as well as the fact that he’s able to match mixes that he did 10 or 15 years ago on a fully analogue console.”

“We’ve owned SSL consoles for many years,” Daugherty says, “and the company continues to offer the level of support that a 24/7 recording studio requires. Not only are the products of the highest quality from the outset, they continue to be supported by a team of capable and, most importantly, accessible support engineers. Once we saw that this console was everything we needed it to be, and more, the fact that it was an SSL made it an easy choice.”