Producer/engineers and longtime friends Max Arnold and Francisco Oroz have been stalwarts of Ciudad Obregon’s music scene for the past several decades. Seeing an opportunity to better serve the city’s musical talent who they felt lacked a world-class recording studio, the pair joined forces to found Sonic Den, a new recording studio that would not only keep the area’s talent closer to home, but also meet their exacting standards for sonic excellence. Arnold and Oroz brought on global acoustic consulting and A/V integration firm WSDG (Walters-Storyk Design Group) to bring their dream studio to life. 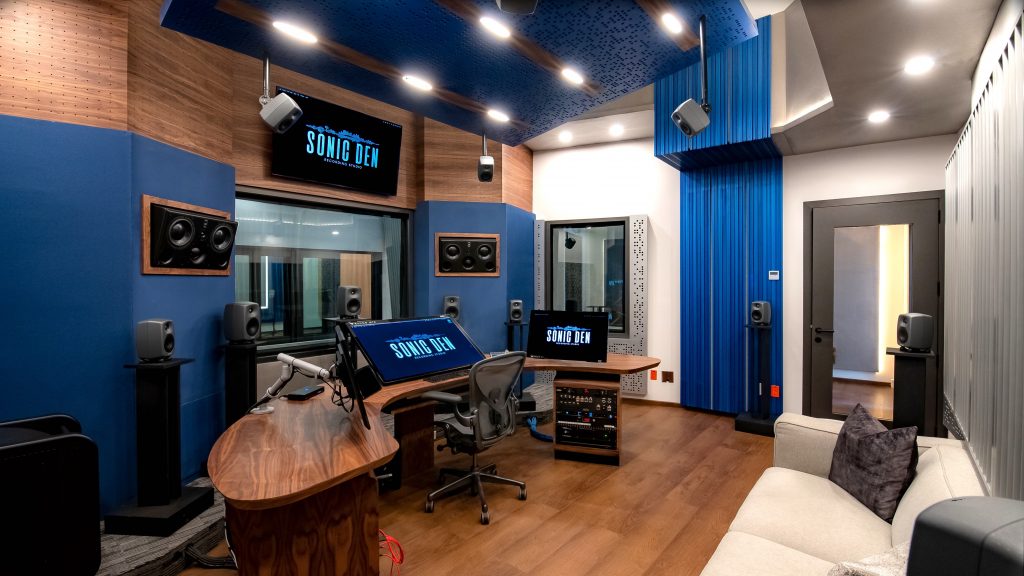 Small-town feel, world-class design
​Arnold and Oroz often traveled to facilities in Mexico City, Guadalajara, and the United States for professional recording and audio production services during their formative years as musicians due to a lack of suitable recording studios in town. That experience gave the pair a strong desire to build a similar infrastructure for Ciudad Obregon’s thriving musical scene. Having worked out of a variety of home studios and improvised spaces since the mid-90s, the pair knew they needed a game-changing space to keep the area’s talent closer to home.

“Ciudad Obregon has a lot of musicians for its size, but they always had to go elsewhere to ‘make it’,” Arnold explained. “Francisco and I believe that the city’s talent deserved a world-class space so when we got together on Sonic Den our ambitions for the studio were high even if we weren’t entirely sure what was possible.”

Choosing to build the studio on a 1500m2 lot that Arnold owned, the pair knew that they needed designers who would understand their desire for a world-class space that wouldn’t compromise the small-town warmth that they felt was integral to the local musical community. They immediately found kindred spirits in WSDG. “We knew they were the ones for Sonic Den instantly because they took the time to get to know us and understand our dreams for the studio,” Arnold said. “Sergio and Silvia Molho encouraged us to design something beyond anything we had initially imagined.”

“Almost 99% of studios are built into existing places, which can create difficulties and compromises when you are trying to implement the design,” explained WSDG Partner, Sergio Molho. “With Sonic Den we had a blank canvas to design a recording studio from the ground up that would encompass all of their recording and audio production needs, and more.” 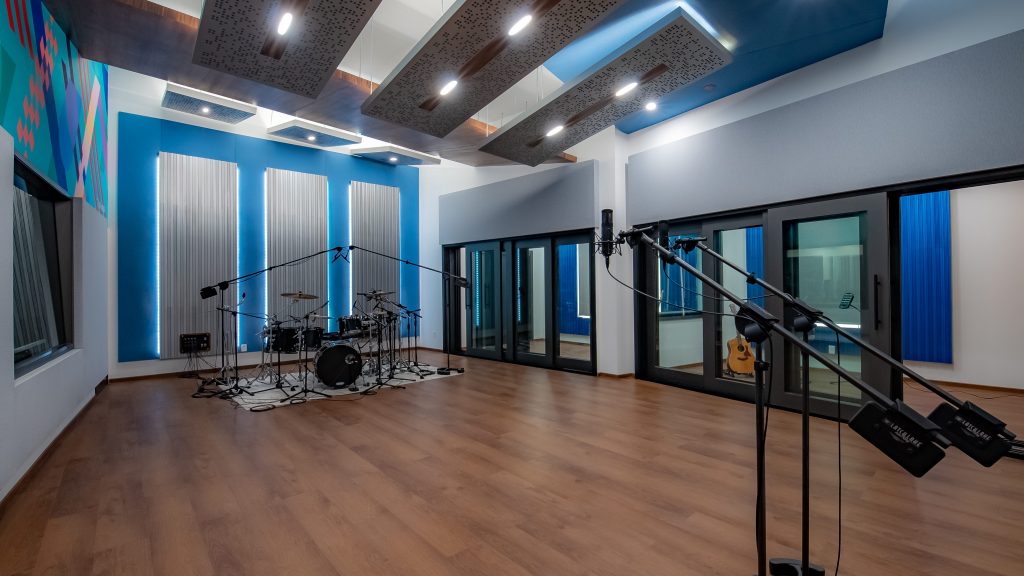 Aesthetic warmth and sonic excellence
​The WSDG Design Team, directed by WSDG Partner, Art Director Silvia Molho, consisting of Director of Production Leandro Kirjner, Senior Project Manager Mariana Varon, and Project Manager Esther Roger, presented Arnold and Oroz with a comprehensive master plan that encompassed all technical, acoustic, and design aspects of the studio. Its futuristic-yet-warm aesthetic feel consisting of a royal blue color scheme offset by wood paneling throughout the facility was designed to ensure that the studio would feel like a home-away-from-home for anyone working there. “The studio quickly expanded to include a lounge with a kitchen, dining area, terrace, and coordination offices in addition to the control and live rooms,” said Silvia Molho. “All of these spaces were designed to be both comfortable and practical with variable lighting provided by the Phillips Hue System to give Max and Francisco complete control of the mood of each space.”

The audio production spaces were designed to meet the highest technical and acoustic standards and consist of a large live room, a pair of ISO booths, and a control room. The live room was designed specifically to track full ensembles all at once with generous space for drum recording. It also features a painted mural by Mexican American artist Teddy Kelly. The control room features a Slate Digital Raven MTZ Console with ATC and Yamaha Monitors in addition to a Dolby Atmos for Music – certified immersive production setup that utilizes 13 Genelec speakers, making it ideal for live tracking, mixing, and mastering in both stereo and 9.1.4. AV Systems Integration Design was performed by WSDG’s Senior Systems Designer Federico Paez, and Final Tuning by Sound Engineer David Molho. “We couldn’t believe our ears the first time we mixed and mastered a song in the studio,” said Arnold. “We’re both very picky about sound quality and just found ourselves loving the sounds immediately. Francisco turned to me and said, ‘I’ve never been as happy with a mix as I am right now.’” 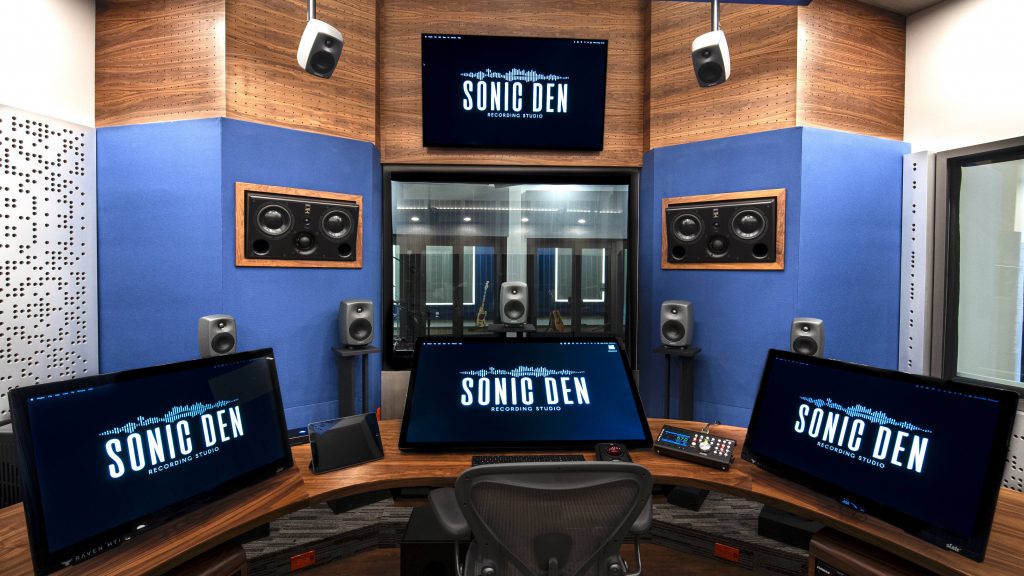 With a slate of recording and audio post-production projects already lining up, Arnold says Sonic Den has raised the bar for professional recording facilities in Ciudad Obregon and will make musicians think twice about traveling for their recording needs. “Our city deserves bigger things, and this studio feels like a big step in the right direction,” Arnold said. “We’re very grateful to WSDG for expanding our horizons on what was possible with Sonic Den. We’re able to do everything we ever wanted and more here — it’s truly a dream come true.”