Sweetwater Studios have announced the official reopening of Sweetwater Studios’ Studio B as a Dolby Atmos-certified mix suite. The upgraded studio, featuring a 9.1.4 system designed for immersive audio mixing and mastering work. This is the latest in a series of major evolutions to this world-class recording complex, reimagined to provide artists, producers, and musicians with the ultimate creative recording experience. For more information about Studio B and to book studio sessions, please click here. ‘The Best of Both Worlds’
​Since opening in 2007, Sweetwater Studios has rapidly grown to become an inspiring creative destination for musicians from all over the globe. Its facilities, which encompass impressive studios and live rooms, skilled engineers, experienced session players, and an extensive collection of instruments and equipment, have been designed to bring together the best classic recording gear as well as the latest in audio production technology. The re-opening of Studio B marks Sweetwater Studios’ entry into the immersive audio realm, as well as a commitment to a vision for the future. “The introduction of Dolby Atmos for Music on the major streaming platforms has signaled a massive sea change in audio production,” said Sweetwater Studios Producer/Engineer Shawn Dealey. “This is the first time consumers have had access to immersive audio without needing their own surround-sound systems, and we’re very excited by the possibilities this affords to recording artists to create in an immersive music environment.”

“We noticed a lack of publicly available Dolby Atmos mix rooms, especially in the Midwest, and knew we had an opportunity to fill that void while also bringing to the table what we do best — creating a fun, inspiring environment to make music in. Given the recent upgrades to Studio A — adding a Rupert Neve Designs 5088 for the full-on analogue experience — this is a way for us to offer the best of both worlds to our customers.” 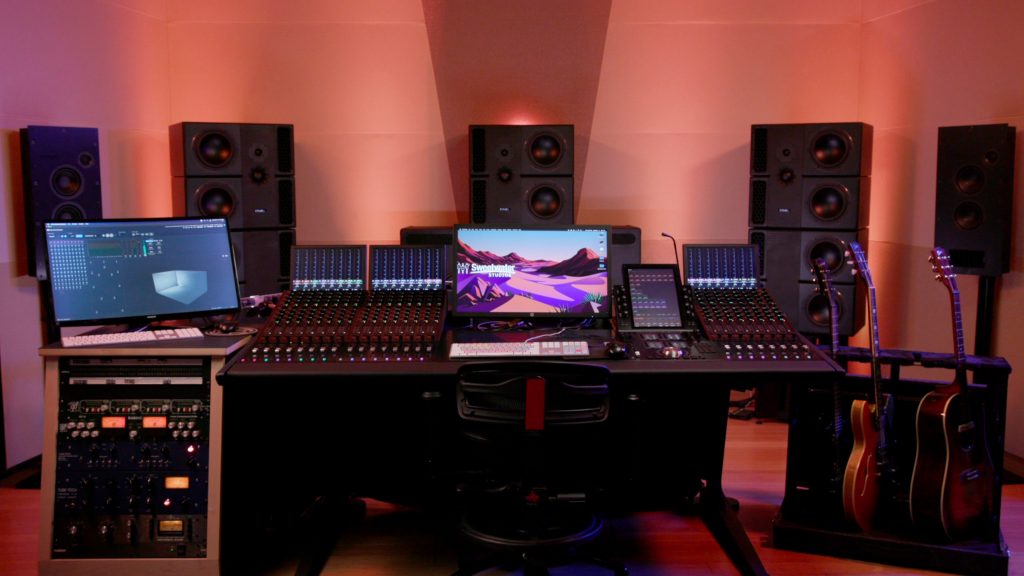 Adding the creative possibilities of Dolby Atmos
​Spearheading the redesign of Studio B, Dealey worked with partners PMC to outfit the new mixing room with an amazing Dolby Atmos setup. The 9.1.4 system (9 surround channels, LFE channel, and four height channels) consists of PMC 8-2 XBD speakers to handle left/right duties, with a PMC 8-2 in the center position. Six PMC ci65 speakers act as surrounds, with another four ci65s for height speakers. The ci65s are powered by LEA Professional Connect 704 power amplifiers. Four PMC twotwo.Sub2 subwoofers supply low end to the system’s LFE channel. The entire system is controlled through Digital Audio Denmark DADman software and an AVID S6M40 control surface via EUCON, with a JBL Synthesis SDP-55s AV receiver and a 4K Apple TV for Media Playback. “PMC was the obvious choice for the speakers in our setup, as they have many years of development in the Dolby Atmos mix environment,” Dealey explains. “We needed speakers that were unobtrusive and easy to mount. The fact that PMC has the CI series that are low profile and lightweight made them perfect for this application, and in conjunction with the new 8-2 XBD from their Studio line, our Dolby Atmos room sounds and looks absolutely amazing.”

“We are delighted that Sweetwater Studios has chosen a PMC system for its new Dolby Atmos music mixing room,” said PMC USA President Maurice Patist. “Here at PMC, we have been championing immersive audio for many years and, thanks to our close working relationship with Dolby, our monitoring systems are now widely regarded as the standard reference for Dolby Atmos for Music. The PMC monitors chosen for this system offer almost limitless headroom, power capabilities, pin-point accuracy and sonic fidelity, ensuring that they go well beyond Dolby’s minimum requirements. I’m confident that the Sweetwater Studios’ customers will thoroughly enjoy working in this great sounding room and will have a lot of fun uncovering all the artistic and creative possibilities that mixing music in Dolby Atmos has to offer.” 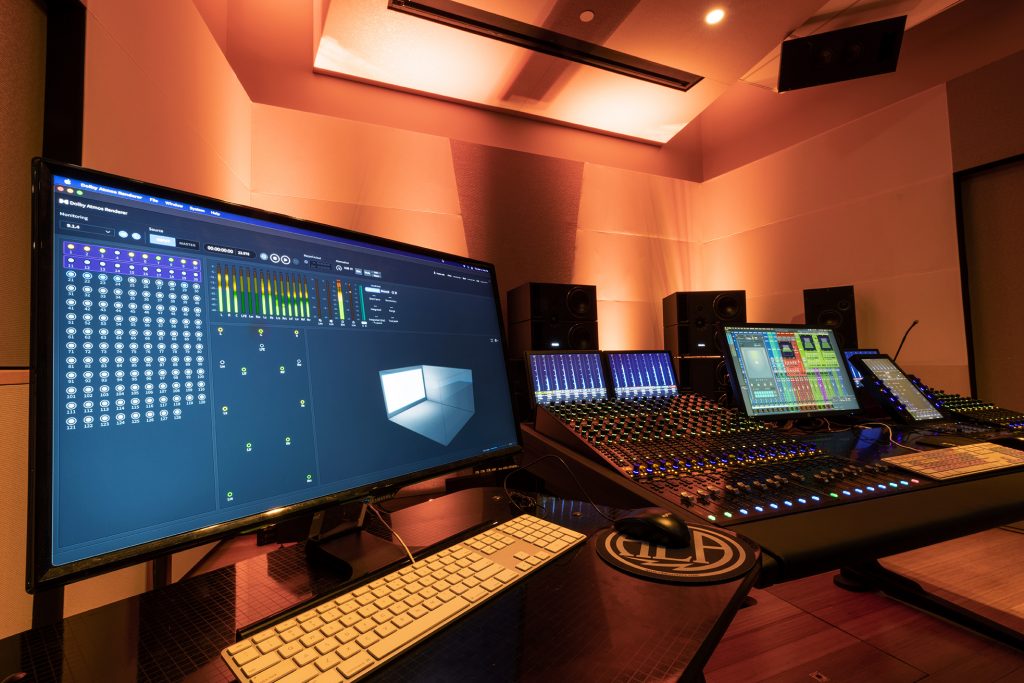 World-class versatility
​In addition to providing Sweetwater Studios’ engineering team with a world-class immersive audio space for record production, the upgrades to Studio B were also designed to meet the needs of Sweetwater Studios’ diverse client base looking to expand into Dolby Atmos production. Dealey boasts that Studio B fits perfectly into Sweetwater Studios’ identity as a versatile audio production hub. “What makes our studio unique is how ‘chameleon-like’ we are. The range of tools and talent we have access to compared to other studios gives us extreme versatility along with the ability to shift to meet the needs of any audio production project.”

This versatility also extends to Sweetwater Studios’ ongoing educational programs. Now that Studio B is open and taking on projects, Dealey is planning a series of recording workshops aimed at artists and engineers looking to get their first taste of working in immersive formats. “We’re eager to make this technology accessible to our customers and clients and have exciting plans for future master classes and recording workshops,” he says. “Inspiring people to make music is a big part of why we offer these educational programs, and Dolby Atmos offers a brand-new way to do that.”

For more information on Sweetwater Studios and Studio B, please visit: http://www.sweetwaterstudios.com/