Pulsar Audio Announce the Pulsar 1178, The Most Versatile FET Compressor!

A compressor that eats transients for breakfast, the 1178 is a rare and expensive legend of the recording studio, cleaner and more versatile than its older brother, the 1176. The 1178 has been used by great producers including Chris Lord-Alge (My Chemical Romance), Bob Clearmountain (Rolling Stones, Christina Aguilera), Yvan Bing (Phil Collins) and Nigel Godrich (Radiohead).

Our 1178 software (VST/VST3/AU/AAX) meticulously recreates the original 1178 hardware in its tonal color and compression character.

But we’ve taken the Pulsar 1178 further than the original unit, adding all the features you would expect from a modern, versatile plug-in, including a full sidechain EQ for added control, an optional saturation stage for warmth and character, and precise metering. 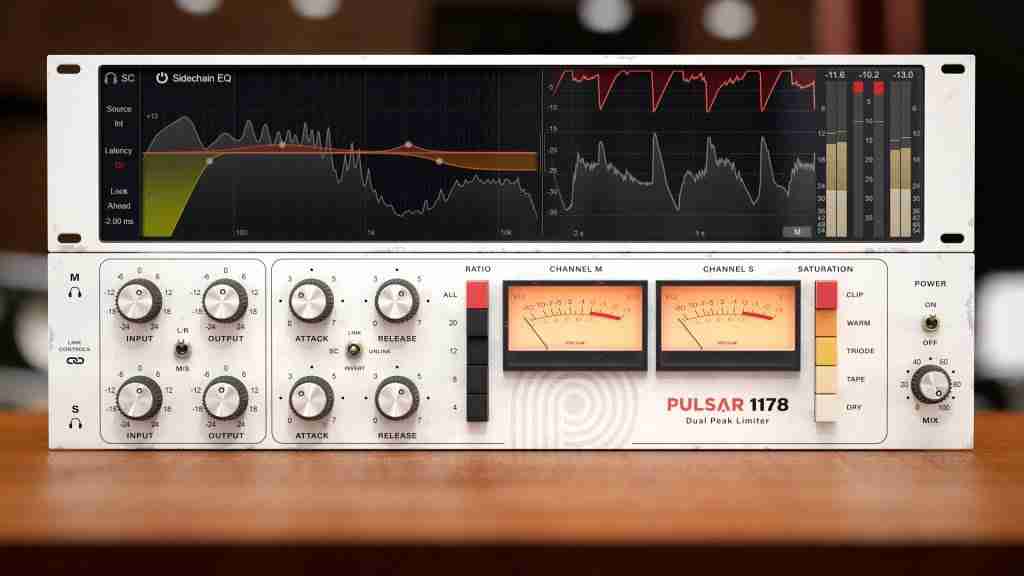 Improving on a classic

Pulsar 1178 has a fast and bright character, making it great for dealing with unruly transients in tracking and mixing. While these qualities make it the ideal choice to smash the transients of a drum room to get a nasty rocky bounce, the extended attack range also allows gentle dynamic contouring, and can provide unique mid-band definition and intelligibility on a vocal.

1178 Main Rack
When it comes to compression, having more control over the sidechain signal can bring a mix to the next level. The dynamics of a drum groove hinge on how compression is triggered by both the kick drum and the snare. With Pulsar 1178’s full-featured sidechain EQ section, you can make each one hit just the right amount of gain reduction.

1178 EQ
Keeping an eye on dynamics is key to a well balanced mix. Pulsar 1178’s accurate and modern metering section helps in this important task. Peak meters allow insight into overall dynamics; RMS meters let you monitor loudness and match levels; and a scrolling view helps visualize how the attack and release settings are affecting the gain reduction.

Add grit and drive to the usually-transparent 1178 with four flavors of saturation: Tape, Triode, Warm and Clip modes open up new ways of managing dynamics and spectral envelope. These modes are fully-integrated in the compressor’s gain reduction system, allowing a unique vibe, unachievable with pre or post saturations.

Pulsar 1178 has been inspired by the Urei 1178, released in the early 80s. More transparent than the previous versions of the legendary 1176, the Pulsar 1178 is therefore more versatile, but remains just as punchy; which makes it essential as an individual track compressor, but also very useful as a bus compressor.

As usual, in addition to the meticulous recreation of the original hardware in its tonal color and compression character, we have added various modern features to this emulation to give you more control, and increase its sound palette:

But also:
Mid Side Processing
Preset from world-class sound engineers
Smart and resizable graphic interfaces
Up to 8X oversampling
Look-ahead and look behind options
External side chain