Every so often, two incredible things, wholly enjoyable on their own, combine to form a pair so sweet and complimentary, that it becomes hard to think of one without the other… Sonny & Cher, Lennon & McCartney, Snoop Dogg & Dr Dre and perhaps the greatest and most literal “dynamic duo” of all time – the 1176 and LA-2A!

The 1176 and LA-2A when used together, have become a studio stable for decades, often wired in series with each other so that one catches the audio’s peaks and the other does the heavy compression. Black Lion Audio, having hit the mark with the widely adored Seventeen compressor, has struck again, combining the Seventeen’s F.E.T. circuitry with a worthy optical section in the B172A! This unit combines the two separate ’76 and 2A circuits into a single unit that allows you to route the signal in any order you like to be able to provide this very useful compression technique.

The Seventeen’s success put pressure on BLA to pair the already proven F.E.T. side with an equally formidable optical mate. The challenge was met on the B172A through the creation of a custom T4B “opto” element called the “T4BLA”. BLA’s lengthy experience in modifications lent designers the proper patience and mindset to tweak subtleties in the optical element until it was a supreme asset in the design. With a heavy attention to detail and design, the T4BLA is designed to be the single best T4B optocell available today.

Flexibility was the main goal of the B172A since its initial concept. While many engineers agree on the benefits of using both compression types, the order in which to do so is still debated. The AB-BA switch on the B172A allows for quick internal routing of the signal. The two compressors can also be used completely independent of each other when utilizing the 3rd position (link off) on the AB-BA switch. Each circuit also has stereo linking so a pair of B172A’s can be used in stereo.

As always, a painstaking amount of time has been spent on choosing the best possible transformers needed for the circuit. Featuring a Cinemag input transformer on the LA-2A side, BLA’s own Chicago-wound output transformers on both circuits, high-grade signal path and decoupling capacitors, the B172A gives studio owners ultra-convenient access to a pair of high quality dynamics processors that have stood the test of time while also providing a tool never before available in a single box. 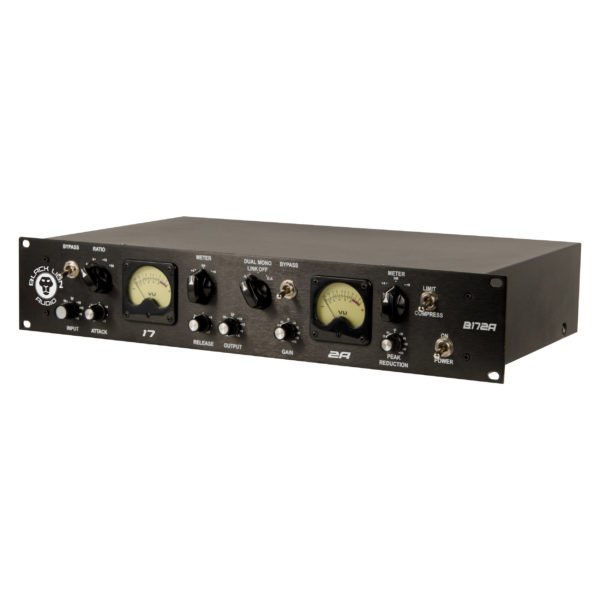