British audio company Audient is proud to unveil the soon-to-be-released ASP4816: Heritage Edition console at this year’s NAMM show in Anaheim, California. This upgrade follows in the footsteps of Audient’s flagship ASP8024-HE and, similar to its larger counterpart, features a brand new look and some exciting enhancements ‘under the hood’.

Marketing director, Andy Allen talks through what’s new about the ASP4816 Heritage Edition console. “Since the release of the ASP8024-HE and the subsequent, ever-growing popularity of its Vintage Mix Bus processing, we have been receiving regular requests to add the same magic touches to the ASP4816, and that is exactly what we did.” Featuring a real transformer drive alongside a Low Bump and High Lift EQ – inspired by classic mastering equalisers of yesteryear – they allow for wider, more spacious mix bus tones. 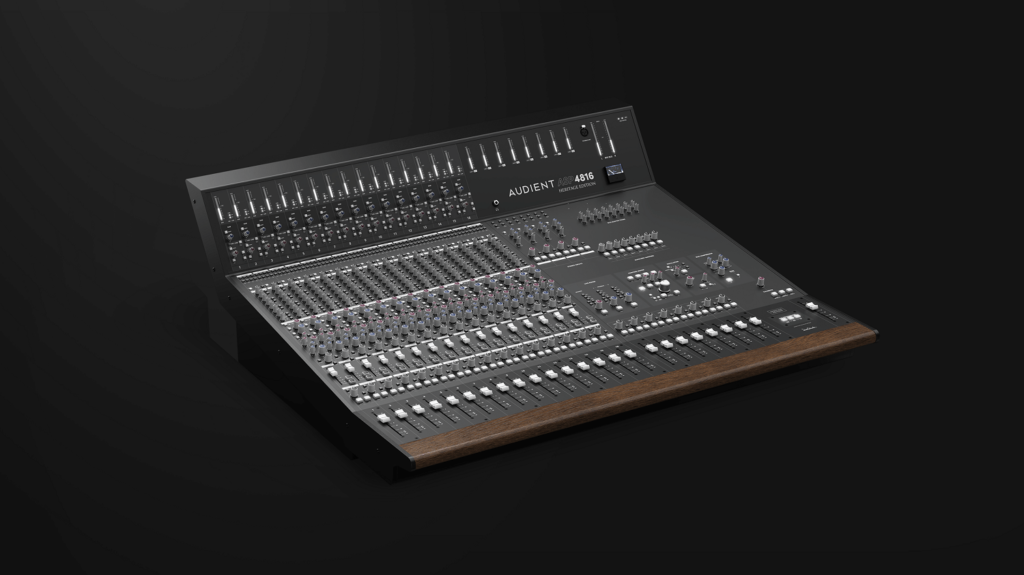 “The addition of the Vintage Mix Bus gives our customers the flexibility to add that much coveted analogue colour to their mixes and when utilised in tandem with the Mix Bus Compressor, they are the perfect tools to add the finishing touches to your mix.”

Another enhancement – also found on the ASP8024-HE – is the bus compressor Bass Expand. According to Andy, “This brand new high pass filter in the compressors’ side chain tightens up your mixes and adds punch without destroying your low end.

Further improvements to ASP4816-HE include the addition of a monitoring grade headphone amplifier; latching footswitch triggers for remote, hands-free talkback; an all metal main output pot and a gain reduction VU meter. The Heritage Edition also sports the same new look of the ASP4816, but with the added benefit of a stylish, dark ash wooden armrest. 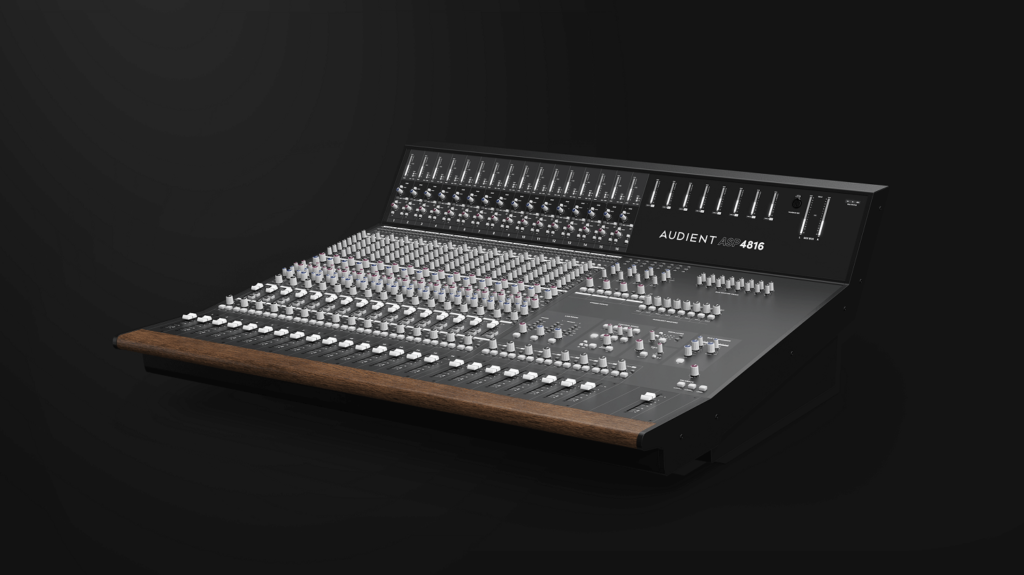 The standard ASP4816 will continue to be produced, in tandem with the ASP4816-HE. To celebrate its 10 years in production, Audient has also taken the opportunity to redesign the aesthetics of the original ASP4816. From July it will come with an all new obsidian finish, improved labelling for easier navigation and white LED metering. Andy confirms, “The fresh new look of the ASP4816 adds value to our smallest console and provides a better user experience, without affecting its affordable price tag.”

With 48 inputs and 16 Console mic pres – the same as those in ASP8024-HE and across the entire Audient range, both of these inline consoles deliver the benefits of a large format console in a smaller footprint. As well as their versatile array of connectivity, the signal conditioning, routing, summing, processing and monitoring capability of the desks makes them suitable for both professional and project studios.

To get the first look at Audient’s newest console or chat with a member of the team, come and visit us at NAMM, booth #11006