OXFORD ENGLAND, April 19, 2022 – Solid State Logic (SSL) announces THE BUS+, the ultimate and most versatile incarnation of its Bus Compressor ever. The Bus Compressor, which is relied upon by many of the world’s top engineers and producers for making their mixes sound bigger and more complete with drive and energy, is perhaps the most significant single piece of analogue processing equipment that is synonymous with the SSL sound.

THE BUS+ is a new 2U rack unit that builds on the original bedrock design of the Bus Compressor, which first appeared on SSL’s 4000 B console in 1976. Remaining faithful to the original circuit design, THE BUS+ features 2181 THAT VCA’s in its audio path and offers the classic time constants and compression ratios which have glued records together for over four decades. Analyzing feedback from key-users and looking at modern production workflow, including how the plug-in equivalents are being utilized, several new processing tools and sonic colouration options feature on THE BUS+ including, four modes of operation: Classic Stereo, Σ S/C Stereo, Dual Mono and Mid-Side, and three distinct compression colours: LOW THD, F/B and 4K MODE. New time constant settings, including ‘Auto 2’ and compression ratios are also added to the THE BUS+ to create ‘the compressor package’. 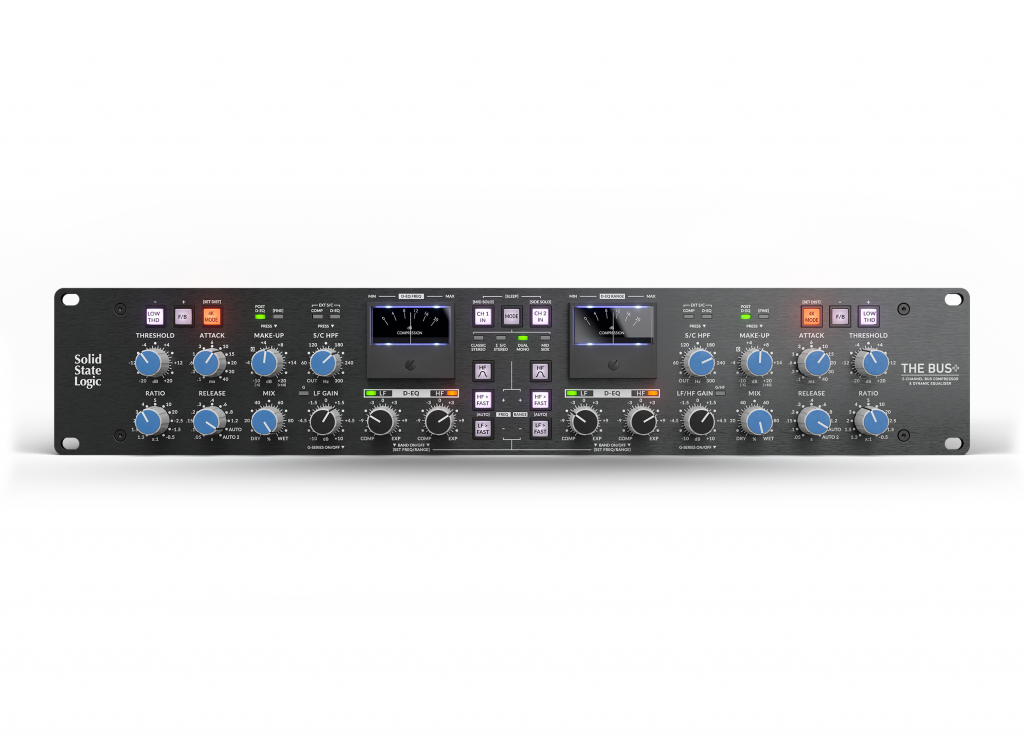 Andy Jackson, Product Manager Studios comments: “From the outset of this project, our goal was to make the best incarnation of the Bus Compressor ever and we are happy that we have achieved this. Using our original Bus Compressor design as the foundation, we’ve extended its sonic palette to make THE BUS+ an eminently versatile cornerstone piece of equipment for the modern studio and one that is ready for any genre of music. 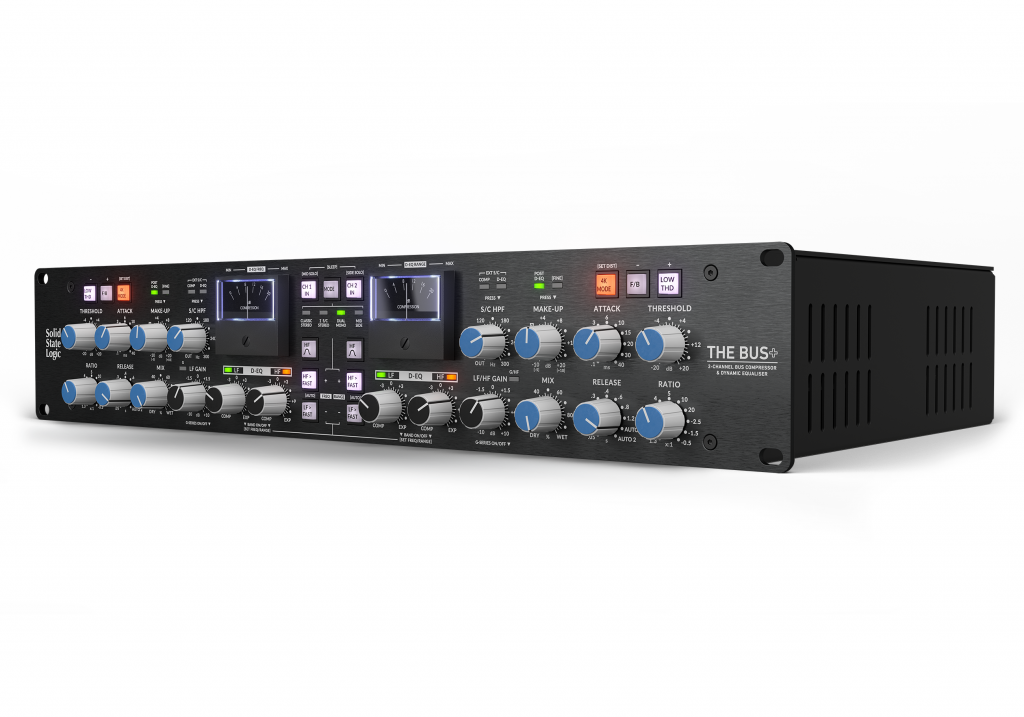 He continues: “We’ve enhanced the Bus Compressor in almost every aspect. New Attack/Release settings,, 3 compression colours which can be used individually or combined and an extremely powerful analogue Dynamic EQ section – these take THE BUS+ right to the forefront of what dynamic processors are capable of.”

In addition to its compression versatility, THE BUS+ features an all-new powerful 2-band parallel Dynamic Equaliser (the D-EQ), with compression/expansion modes and adjustable frequency selection. To round things off, innovation is found in almost every area of THE BUS+, including the use of stepped pots, read by a microcontroller that manages the analogue circuit, making make THE BUS+ not only perfect for mixing but also for precision-tasks such as mastering. 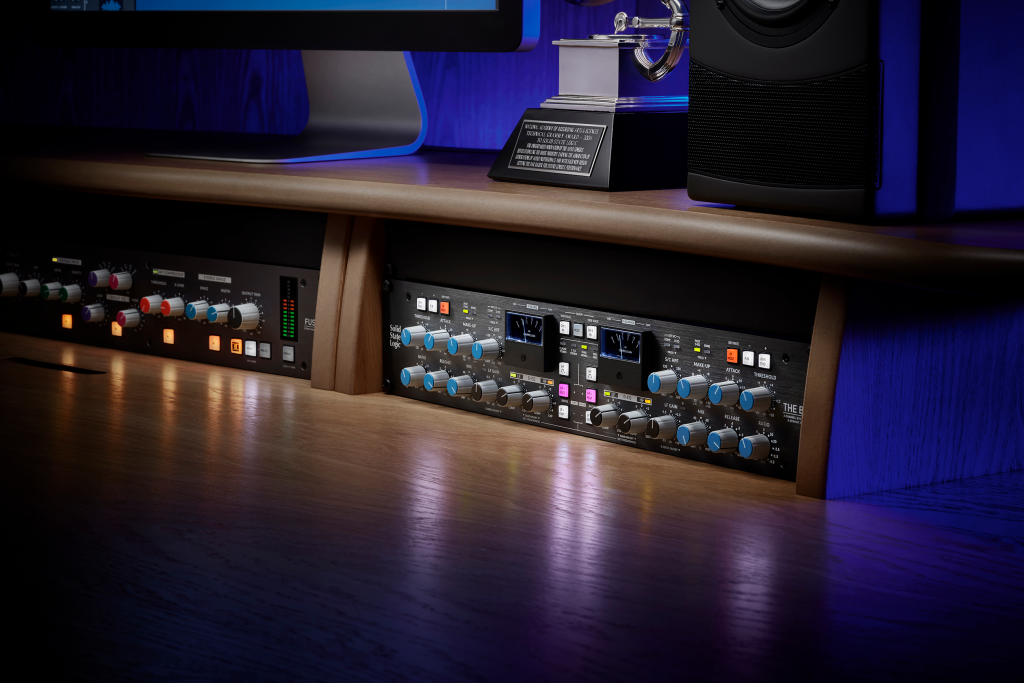