“A lot of our student are used to using the computer and have never worked on a console. They’re not familiar with what a console is capable of,” says Ben Leggett, professor and coordinator on the new program at Canadore College, which is located about 180 miles due north of Toronto. Leggett is a JUNO Award-nominated producer, engineer and mixer working in music production and film post production, and also has his own recording studio in North Bay. 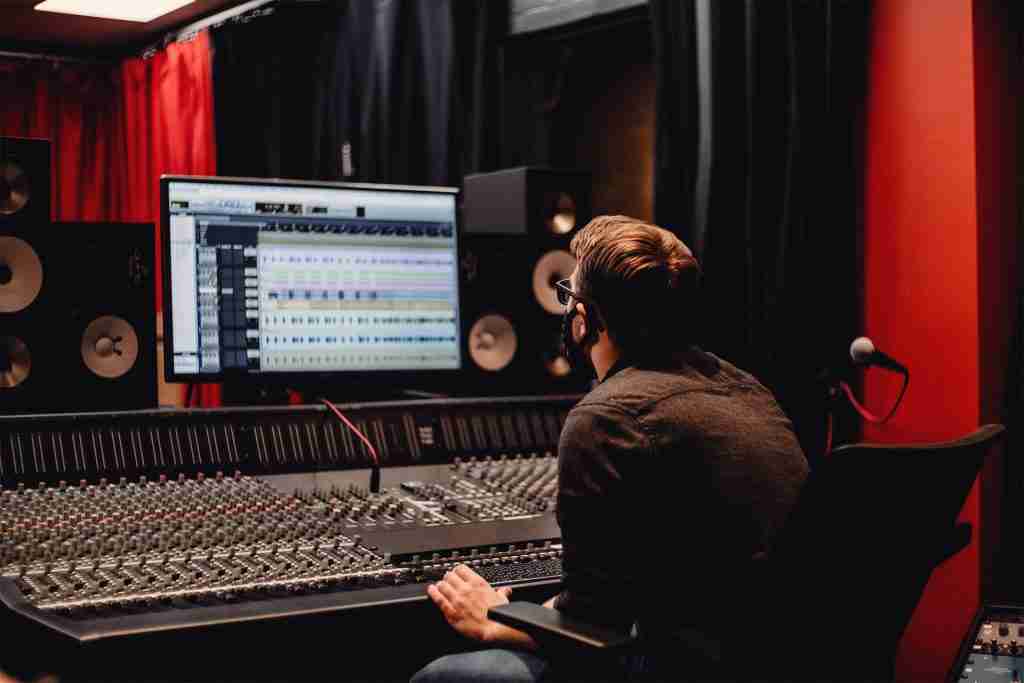 Shaping sounds ‘out of the box’
“I wanted to get the ORIGIN because of the EQ on each channel, and how you can shape the sound with the four bands, just like you can in the computer,” he says. “So we’re able to show students how to apply EQ manually with a physical piece of equipment. Another big thing is getting students to understand how the routing works, and how it’s very much the same in a DAW and a console, and having that lightbulb go off.”

For a generation of students that has only ever worked on a computer, the console also enables faculty members to highlight some of the differences between analog and digital audio processing. “Sonically, you can crank the console’s EQ knob all the way and it still sounds good, as opposed to digital, which sometimes doesn’t do the same thing,” says Leggett.

Plus, he says, “The sonic quality that the console will add when you push a signal into it is different. Depending on what you’re going for, you can push the signal louder into the SSL console and it will give you a different sound than pushing it into a computer program.”

Leggett and other faculty members at the college installed, integrated and commissioned the new music production studio shortly before the program launched in September 2020. “We received the ORIGIN console mid-August, so we only had about three weeks to set it up,” he says. 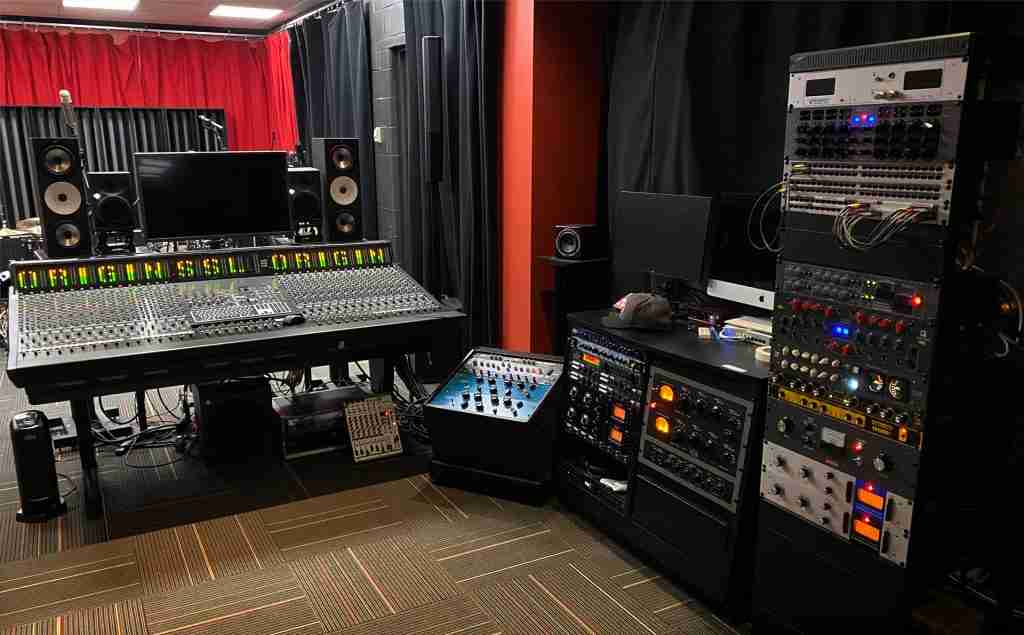 Learning in a flexible, multi-use space
The new control room is housed in a former television broadcast studio on the campus that the college enlarged during summer 2020 to provide space for the recording engineering program. The control room is adjacent to a 40-ft. by 40-ft. multi-use space that is available for tracking and is also used as a TV broadcast studio. “But in front of the ORIGIN console there’s a small space where you can set up a small drum kit or other instruments and do some recording,” says Leggett.

The control room’s outboard racks house a wide selection of processing and effects equipment along with Amphion, Neumann and Avantone monitors. “Each of them sounds completely different,” he says of the speakers, providing students with a variety of references.

Canadore College was able to maintain in-person instruction during the pandemic for the duration of the academic year, which ended in April. “We had to reduce our class sizes,” says Leggett, due to the pandemic. “But it worked out for the better because smaller class sizes meant more hands-on time with the console for students.”

ORIGIN is ideal for educational institutions, incorporating much of the audio mixing console functionality that students are likely to encounter when they go on to pursue a career in music.

“We take one button at a time,” he says. “We learned the basics this year, and there’s still room to learn on the console for the students in the second year. It’s good just to be able to teach everything possible and to show the value of a console.”

The fact that there is no automation on the ORIGIN is an additional benefit to the new program, Leggett believes. “We want to mix on the console without automation. You do a pass and that’s the mix. If you want to do it again, you have to go back to where you started,” he says. “We also have a little digital mixer with automation so you can do a version with the computer, or you can take the whole console out of the equation and work digitally or have them work together.”

Establishing a solid foundation
Even if graduates don’t go on to work on a console, learning the basic operations of an analog desk gives them a solid foundation in music production technology. “If you want to pursue this as a career, you have to know how they did it in the beginning and how you can do it now and everything in between,” says Leggett.

Canadore College trains people through applied learning, leadership and innovation. It provides access to over 80 full-time quality programs, has outstanding faculty and provides success services to students from nearly 400 Canadian communities and 15 international countries. The College, its students, and alumni add $369 million to the Nipissing Parry Sound service area economy. Approximately 1,000 students graduate from Canadore each year, and they join 47,000 alumni working across the globe. Canadore receives less than 50 per cent of its traditional funding from the provincial Ministry of Colleges and Universities and relies on its own innovation and entrepreneurial endeavours and generous donors for the balance.