Plugin Alliance is proud to announce the availability of the new Shadow Hills Mastering Compressor Class A.

Available exclusively via Plugin Alliance, and enhanced by Brainworx with patent-pending TMT and more, we are happy to add this plugin to the growing line of Shadow Hills plugins. The Shadow Hills Mastering Compressor Class A Limited Edition is one of the most exclusive and powerful compressors ever built. Vintage King released the Class A in 2012, limiting production to only 50 units!

The VCA section is much punchier on this version. Brainworx added even more features to the emulation of the already modded hardware version. The RED version is punchier, faster, and more versatile than the GREEN.

With the limited edition, Shadow Hills Industries included an updated Class A discrete compressor section utilizing Lundahl input transformers as well as hand wiring each compressor with Mogami Cable, an important factor when Brainworx Audio modeled one of these limited units as it gave the limited edition version a different character to the original.

During rigorous shoot-out tests against the Shadow Hills Industries Mastering Compressor, our pro audio engineers observed time and time again that the Class A features a smoother compression sound, punchier VCA, a more pronounced sonic dimension, and overall larger size and perceived depth. Another interesting difference between the Shadow Hills Industries Mastering Compressor and the Class A version is that with the gain set to identical values on both units the Class A version clocks in roughly 1 to 3 dBs higher, matching the emulated hardware, and, as a result, delivers a thicker and richer tone to whatever is running through it.

Visually, this version can also be distinguished by red LEDs on the front panel versus the green ones found on the Shadow Hills Mastering Compressor — GREEN for the Drum Buss, RED for the Master!

Added to the MEGA Bundle at no extra cost. 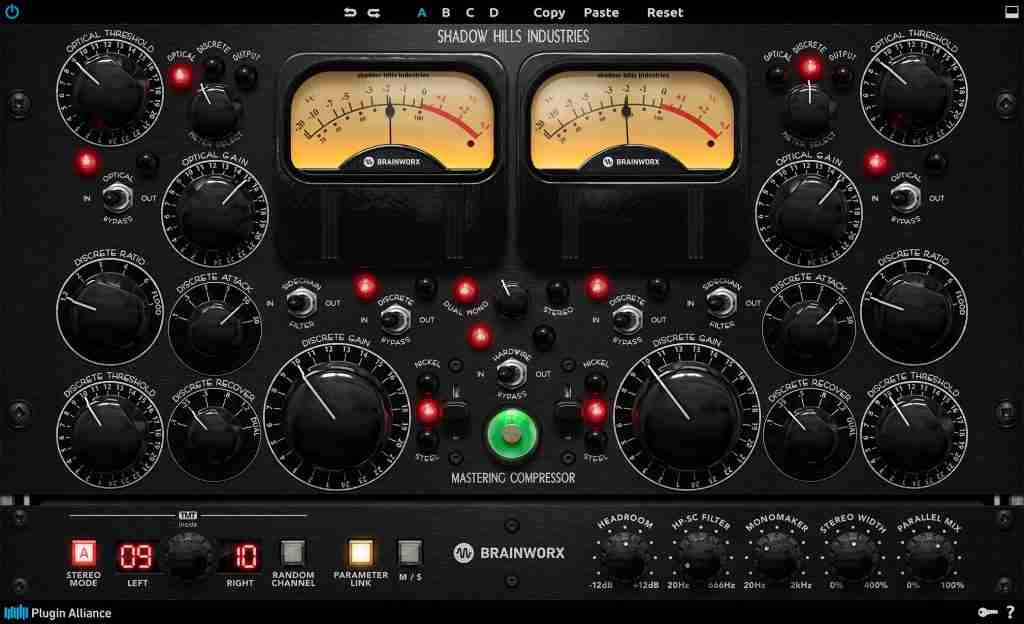