Nearly 40 years since making its debut on the professional recording scene, the iconic AMS RMX16 Digital Reverberation System is being relaunched in hardware format as part of AMS Neve’s popular rack mounted 500 Series.

On show for the first time at NAMM 2020 (Booth 14008), the RMX16 500 Digital Reverb Module delivers all the musicality of its famous predecessor, but at a fraction of the price. Furthermore, this new unit incorporates the nine programmes that came as standard with the original AMS RMX16, PLUS the nine rare aftermarket programs that were only available to users via a remote control with bar code reader input.

We are very excited to be bringing back the much loved and instantly recognizable sound that made the original AMS RMX16 everyone’s favourite go to reverb, says AMS Neve’s Distribution Manager David Walton. Its unique sound has characterized an enormous number of seminal recordings from the 1980s onwards. Indeed, the AMS RMX16 has remained such an essential piece of kit for any self-respecting world-class studio that vintage units still sell for a substantial proportion of their original cost.

The new RMX16 500 comes in a 3-slot wide format and retails at USD1,295/GBP995 making it a much more affordable proposition for a far wider user base. It is simple to operate with 18 factory programs including the unmistakeable Ambience, Nonlin and Reverse, simulating different reverberant environments, with the ability to control all parameters.

In keeping with its predecessor, which was the world’s first microprocessor-controlled, full-bandwidth digital reverberator, the new RMX16 500 Digital Reverb Module is designed to be musical rather than simply implementing mathematical algorithms. Great care has also been taken to replicate the complex sonic characteristics of the original unit’s analogue and converter circuitry, which played a big part in the overall sound.

When it was launched in 1982, the AMS RMX16 was a perfect example of the era’s exciting and cutting-edge digital audio processing. Invented by former aerospace engineer Mark Crabtree (who founded AMS in 1976), the RMX16 fused his passion for audio and extensive expertise in digital electronics into a ground-breaking unit that was way ahead of its time.

From the outset the AMS RMX16 was designed by ear, with each program tuned and re-tuned to provide as wide a sweet-spot of settings as possible by means of carpet graph parameter tables, interactively linked control by control. These design principles are key to its longevity and have been carried forward to the new RMX16 500 to ensure that it replicates the original’s outstanding performance. 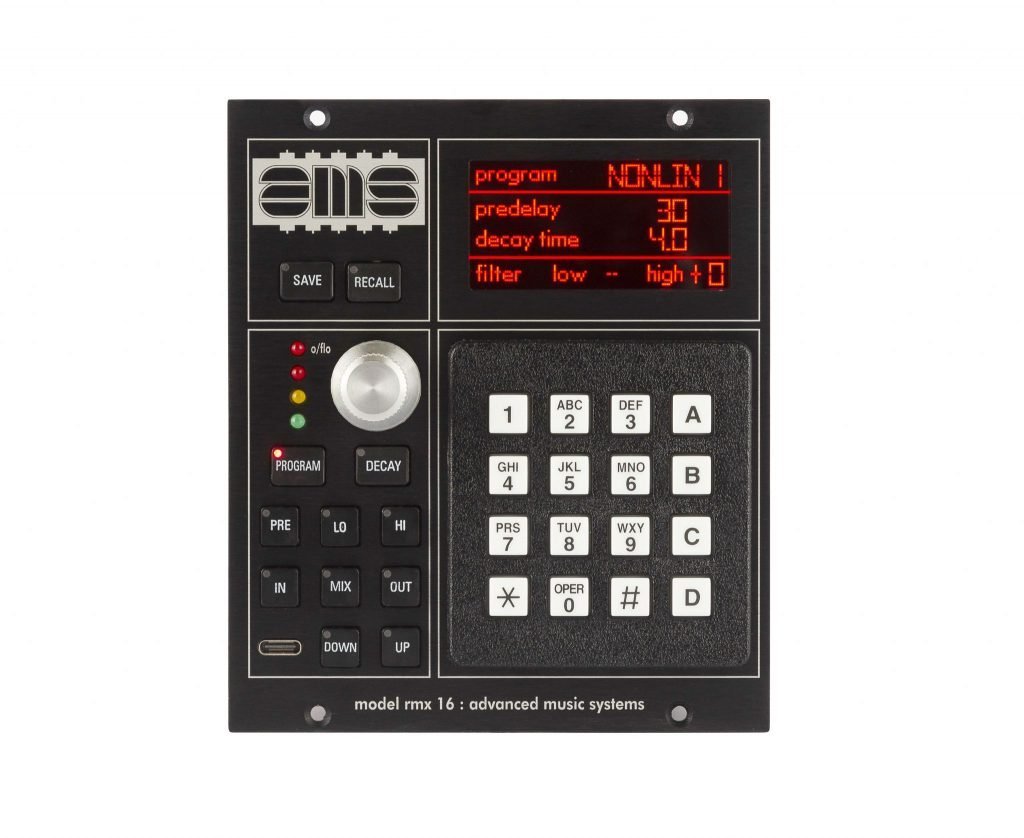 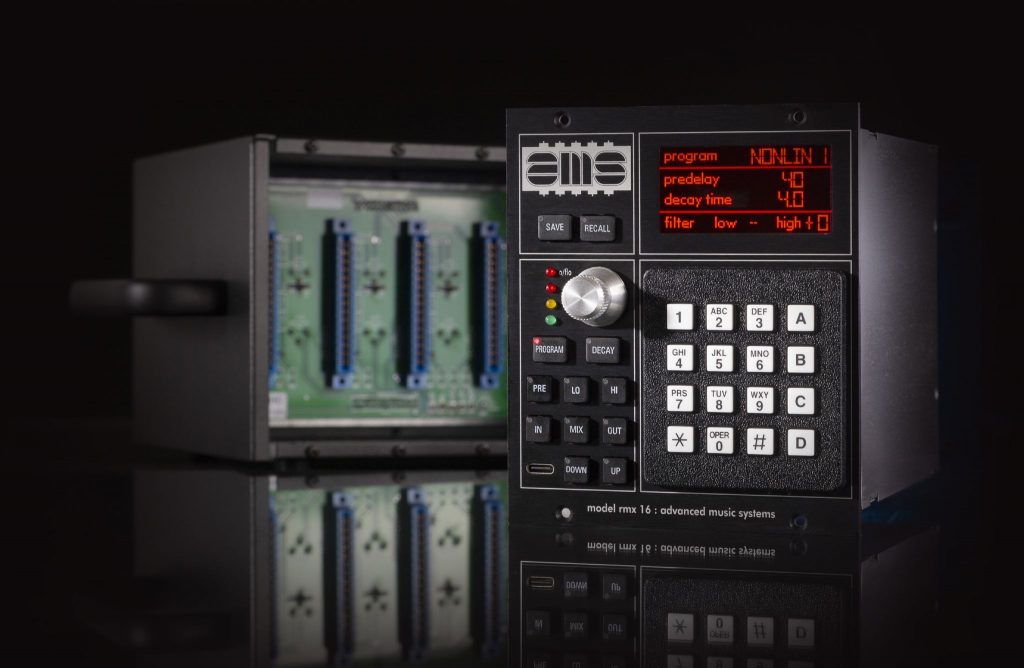 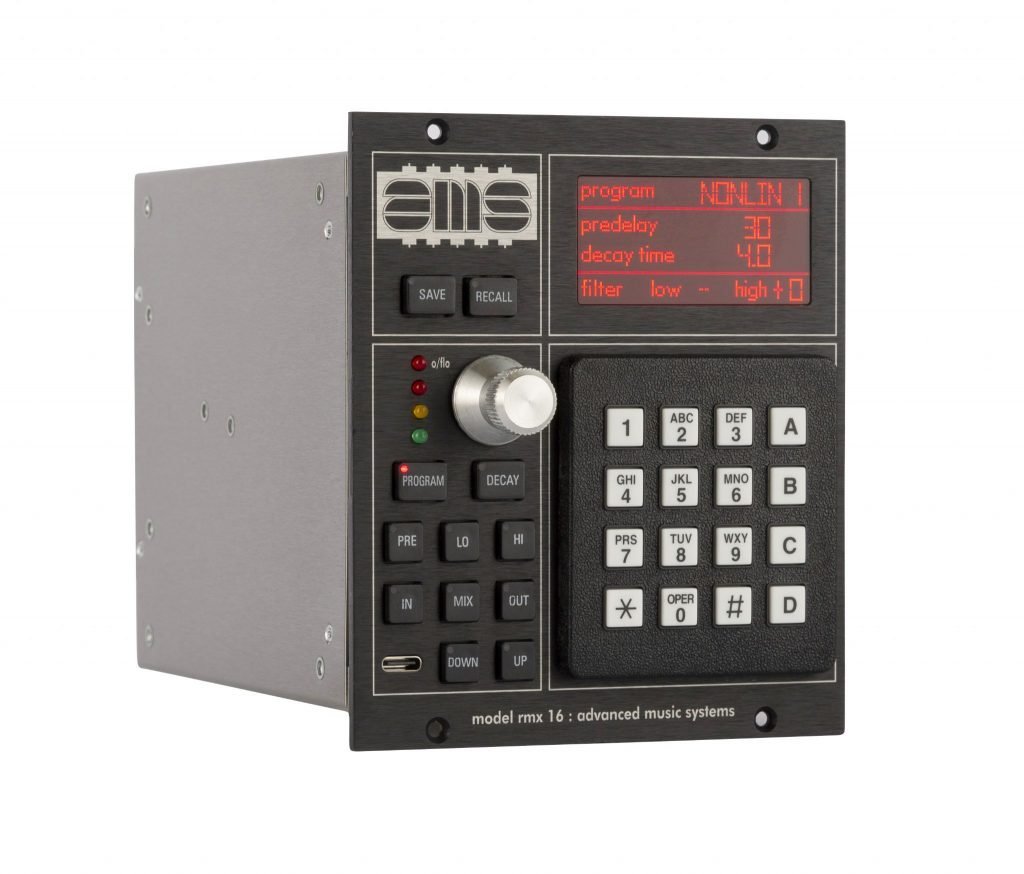 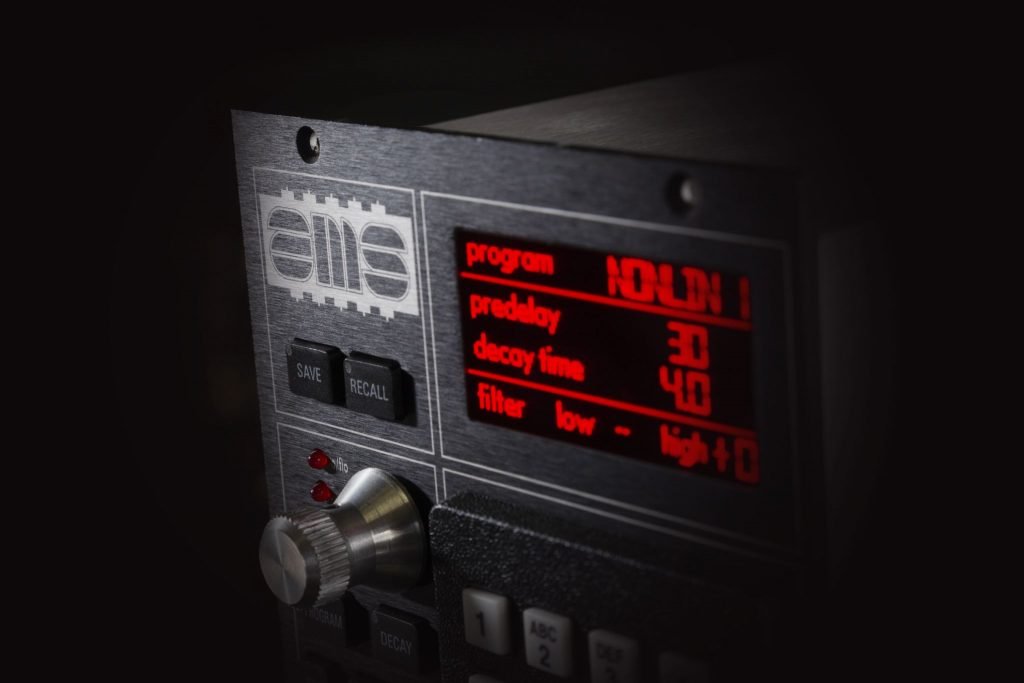