The Analog Flanger That Rules Them All

With its rich and colorful tone, the reputable A/DA Flanger was one of the first commercially produced flanging effects to be released in the late ´70s. Since then, it’s become a benchmark for all the other flangers out there. Whether you are going for something extreme or more musical, this little box of flanging wonders easily delivers on every front.

Crafted by the award-winning development team at Brainworx and bearing an official stamp of approval from the A/DA founder Dave Tarnowski himself, the plugin version is an exacting emulation of the original analog unit. This timeless piece of gear is available in all major native plugin formats.

Flanging At Its Finest

The A/DA flanger is a true master of adding breathtaking bucket-brigade analog flanging sounds. Whether you’re working on guitars, synths or are looking to add some musical modulation to vocal and drum tracks. With the Panasonic MN3010 circuit inside, the A/DA Flanger’s controls include Threshold (think of gating effects), Manual (defines the tonal center of the sweep frequency), Range (modifies the frequency spectrum of the flange), Speed, and Enhance (a resonance control that can add depth and intensity). You can also switch the flange to affect only the even or odd-ordered harmonics. And one of the particularly interesting features that make this pedal stand above the rest is the 40:1 delay ratio, since most other flangers won’t go higher than 20:1. Armed with these masterfully designed controls, you can dial in some mild rippling or metallic ring modulation or go swimming in the wild flanging sea of jet plane noise and creative whooshing effects.

The A/DA flanger plugin wouldn’t be complete without the secret sauce features that Brainworx added to the already rich functionality of the original hardware. The Wet/Dry Mix control gives you the option of running the plugin directly on your source track to add some subtle modulation or use it as an insert effect. DAW tempo sync makes it easy to calibrate your flanging to the tempo of your song. You also have access to dual stereo modes that are perfect for really wide modulation and the ability to toggle the unit between the mildly grainier 1979 version or the somewhat cleaner signal path of the reissue from 2009. 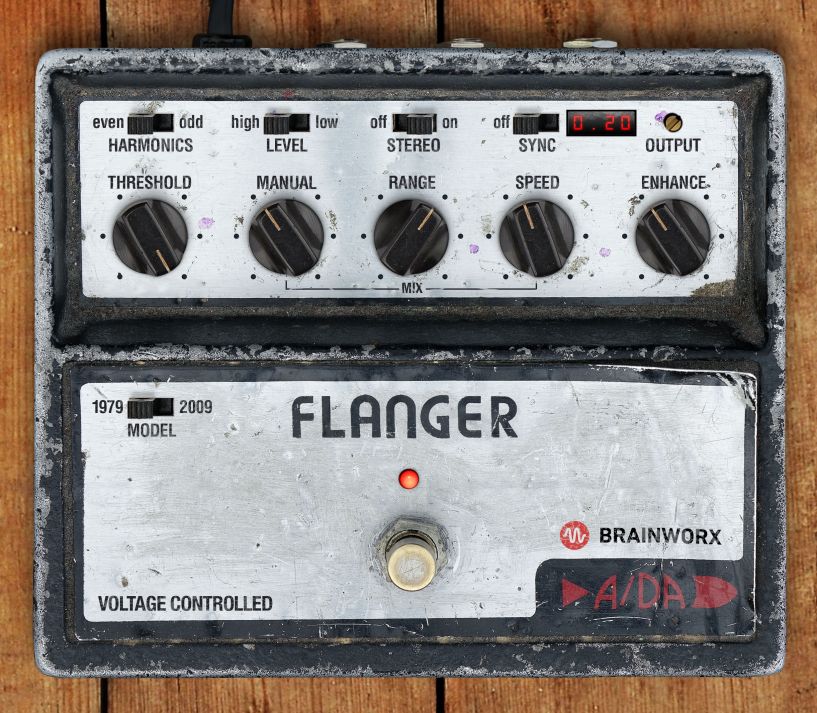