For the first time ever, you can produce, mix and hear music inside the world’s greatest studio control room—no matter where you really are.

Contemporary mixes and remixes of the Beatles and Pink Floyd. Modern classics by Radiohead, Amy Winehouse and Kanye West. #1 chart toppers by Frank Ocean, Lady Gaga, and Florence + the Machine. All were made and perfected at Abbey Road Studio 3.

You have the ultimate reference environment on headphonesYou can better judge mix depth, panning, reverb, low end response and more, over any pair of headphonesYou can better predict how your headphone sessions will translate to speaker systems of all types The Abbey Road Studio 3 plugin also delivers full 7.1 and 5.1 surround sound, modeled after the studio’s original surround setup. You can work professionally on surround mixes—using any stereo headphones.

If you don’t have a perfectly treated mix room—now you do.If you do have a great room—now you have the world’s best control room for extra reference.If you’re on the go—you can take Abbey Road Studio 3 with you.If you collaborate with others—now you all have the same acoustic environment to refer to when sending sessions back and forth.If you need to create a 5.1 or 7.1 mix without access to a full set of surround speakers—now you can do so on headphones, before going into a surround studio for final tweaks. No matter how good or bad your current mixing and music production environment is, Abbey Road Studio 3 will give you an impeccable environment to reference your sessions—on headphones.
Less 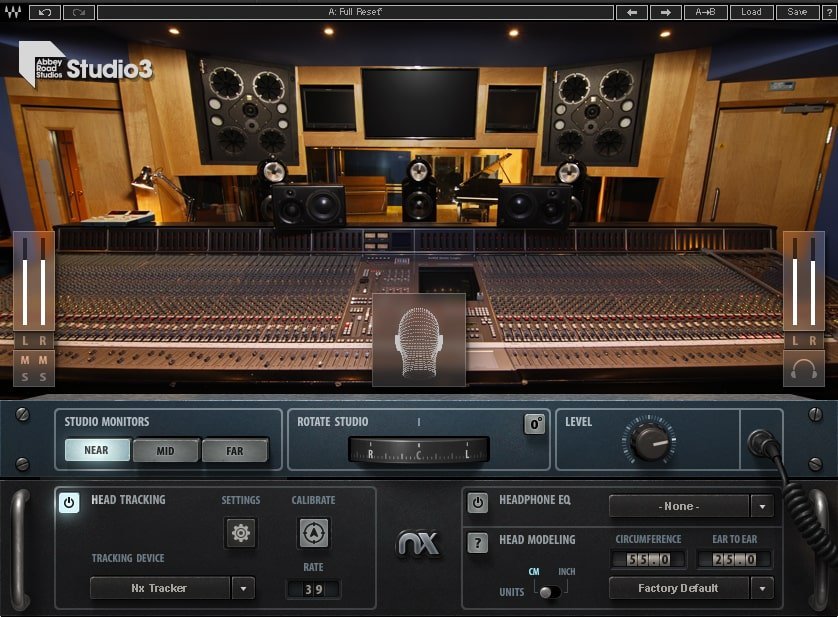