PreSonus® is now shipping Studio One® 4.5, a major update to its powerful yet easy-to-use recording and production software. With more than 70 new features and improvements, this free update for Studio One 4 users adds several of the most requested features from the Studio One user community and adds advanced tools that streamline professional audio and MIDI production workflows.

Studio One 4.5 console with hardware controls. Click for larger image.

The redesigned Input Channel section adds updated hardware preamp controls for selected PreSonus audio interfaces, as well as software-based input gain and phase controls to every input. This combination of hardware- and software-based gain controls offers more flexibility and control throughout the entire recording and mixing process. All audio and instrument channels, effects channels, and buses also feature gain and phase controls so you can manage perfect levels across the entire mix without increasing event gain.

Grouping has been completely redesigned: Groups now have attributes for defining edit groups or mix groups using attributes for Volume, Pan, Mute/Solo, Inserts, and Sends. Groups can be nested and can be easily edited and activated/suspended with one click. A dedicated command can globally enable/disable all Groups at once.

Setting up an external audio interface is a lot easier thanks to several I/O setup improvements. Add any number of new inputs and outputs in just one step, including custom naming and coloring. Inputs and outputs can be reordered with simple drag-and-drop. Users who switch interfaces, move between studios, or collaborate will appreciate the new Import and Export options for I/O setups. 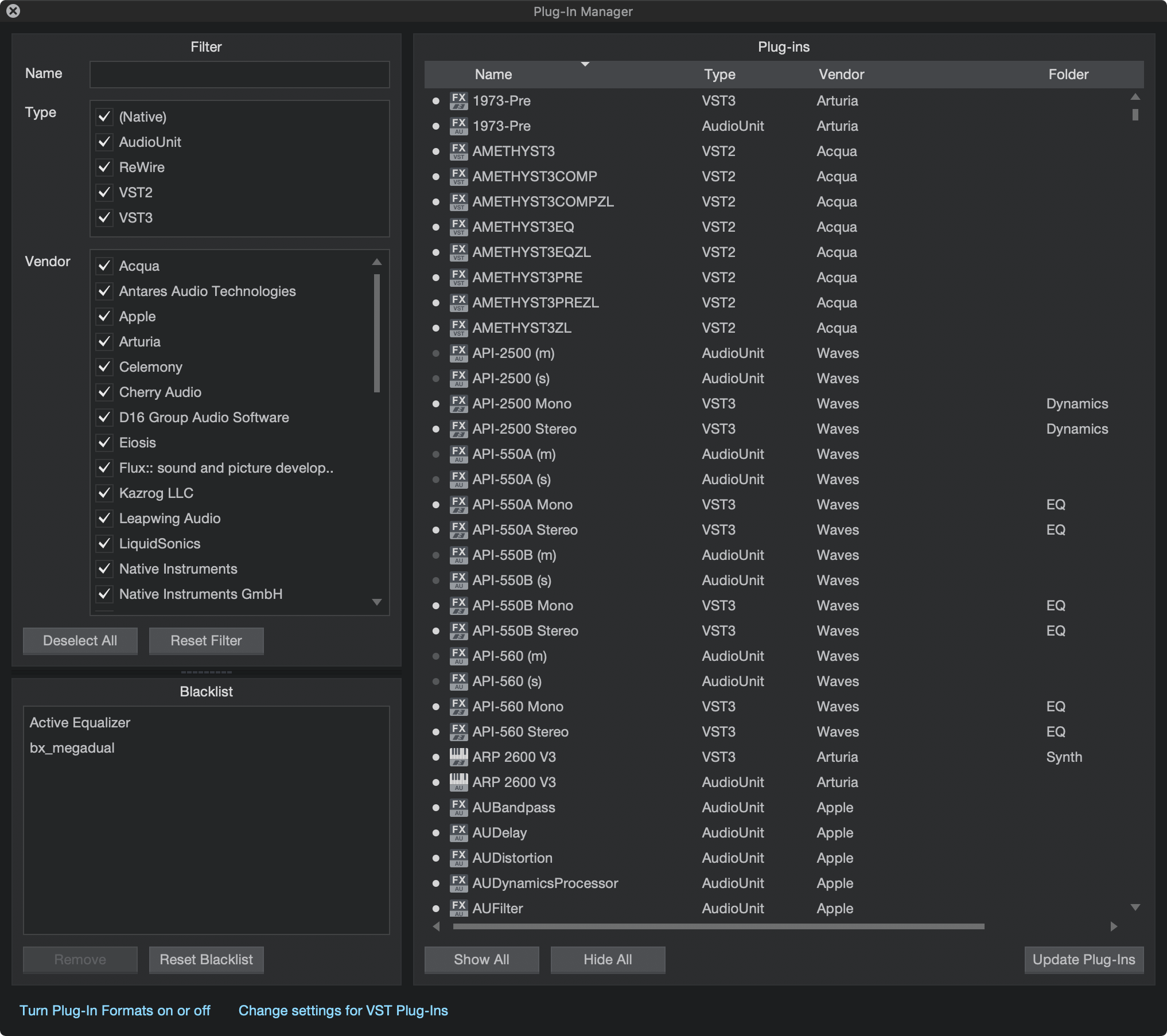 A new Plug-In Manager lists all installed third-party plug-ins, including a list of plug-ins that were blacklisted during the initial scan, allowing them to be reset individually or globally. Showing or hiding individual or groups of plug-ins only takes a few clicks.

Honoring one of Studio One users’ top requests, CPU load for using combined virtual instruments inside a Multi-Instrument has been reduced by a whopping 70% for Native Plug-ins and by around 50% for third-party instruments like Kontakt. CPU optimization has also been implemented for Mai Tai, Presence XT, SampleOne® XT, and Impact XT.

Studio One 4.5 takes MIDI editing to a new level with major new features and improvements to speed up workflow. Several powerful new note actions have been added; examples include Fill with Notes, Randomize Notes, Apply Scale and Mirror Notes. Note actions can be used manually and individually, and they can be assigned to keyboard shortcuts and used as part of a Macro command. Shortcuts or Macros can then be added to any Macro Toolbar, enabling even more powerful customization.

The new update adds many other important features and enhancements. For instance, the Chord Selector now offers a convenient Audition mode. Individual Audio Events, Audio Parts, and Instrument Parts in an arrangement can now be locked to prevent unintentional moving or editing, and you can even lock entire tracks. You can now export video with the audio mixdown as the soundtrack. AAC (m4a) and ALAC (Apple Lossless) format compatibility for audio import and export at different bit depths and sample rates have been added.

For more information about what’s new in Studio One 4.5, please visit www.presonus.com/products/Studio-One/whats-new.